Yet another retailer is going to the wall with over 5000 jobs lost! This is another tragedy where retailers are putting concept over capability. The idea of a pound shop should be so simple; fill it full of things that are a £1, that you’ve paid 25 pence for, then you’ve made 75% profit before staff and shop costs. So, you need to really pile it high, and sell loads of £1 items to millions of people to then make some serious money.

So, what does this sad day tell us? That ‘pile it high, sell it cheap’ doesn’t work anymore? Or is one part of that saying the problem – it’s dead easy to pile it high – buy a load of cheap tat and put in on the shelves, but it’s now becoming impossible to ‘sell’ it cheap. No-one’s selling. No-one is engaging. The reason to go to this shop – beyond getting some tat for a £1, lessens to the point where if I really want cheap tat for £1 I will buy it somewhere else, or have it delivered so I don’t even need to go out, spend money in my car, or spend my energy walking down the street, to buy something so ultimately worthless.

I’m sure there are plenty of loyal customers who loved getting stuff in there on a regular basis – there’s just fewer and fewer doing it. You’re not going to get a sudden influx of say, a million people suddenly waking up and saying ‘we must go to Poundworld’.

We have been training people for 16 years and the biggest issue we have is convincing those we train that most people don’t buy on price. They buy on a perception of quality and service, to justify the price they pay. So, in Poundworld, what is that perception? Quality – poor. Service – non-existent. All we have then, is price – and even for a £1 it just wasn’t low enough to get enough people to go and buy.

The Store Managers and Area Managers who obsessed over display and placement of items must be wondering where this has all gone wrong? The brand was supposed to be doing enough to engender loyalty and profitability, whilst they just made sure it was piled high for a pound. The real focus should have been on how do we engage with our customers so they have a nice experience and then come back more often?

All retailers must by now, have come to the realisation, that price is nothing to do with it – people buy from people, and if your people can’t sell to your customers then you’re eventually going to go the same way. 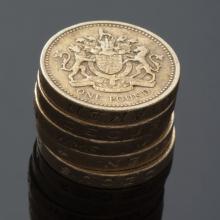