How to Make Young People Employable

I recently spent time in a large secondary school in Newport Pagnell as part of a team of Young Enterprise volunteers.

We were running a workshop with 14 year olds, exploring the different paths and routes to work.  With apprenticeships growing in number, and the ways to become qualified in the lead up to working becoming more diverse, it helped many of the teenagers realise they had options.

They began the day by developing the lifestyle they wanted, they considered what they wanted when it came to property, travel, food, clothing and communication, and they learnt the associated costs.

These went into their budget planner. When a fourteen-year-old has decided that they want every aspect of their life to be at a luxury level, and see that the budget comes out at £220,000, it allows a little reality to step in!

They see the starting salaries of jobs that they could do. I made it a point to tell them that a high percentage of jobs that they would do hadn’t been invented yet. According to the US labour department it is 65%. Whatever the figure will be, we do know that technology will continue to eradicate unskilled jobs and more aspects of our lives will become automated or at least possible to automate.

It was hard for them to select a job, the ‘I don’t know what I want to do’ is a common response. So, with a little cajoling and encouragement, they learn that the national average starting wage for a lifeguard is £12,500 and £25,000 for a games developer.

Choosing a route is one thing, getting the job and interviewing well is another. So, we set up some interview role plays for the jobs they wanted to do and then for things they could do now to earn some money in their spare time.

My team and I interviewed them to become babysitters, gardeners and dog walkers, and to make it easier we gave them a way to talk about skills and achievements with a powerful and simple acronym.

When they were asked a question such as, can you give me an example of how you have handled responsibility? One lad answered thus:

“One situation I find myself in every day is overseeing my two younger sisters and my brother, and getting them ready for school. My Mum says I am disorganised but I don’t think that is the case in everything. The main task is packed lunches. I get up at 6.45am to make the sandwiches and put them in lunchboxes with drinks and snacks, and sort their water bottles out. I put it all in the boot of Mum’s car and then get dressed. The result is a happy and less stressed Mum, who will sort breakfast for us all while I help find the odd lost shoe before we all fly out the door at 7.55am.”

I think you’d let a youngster like that do some work for you, wouldn’t you?

Getting young people thinking about further education and work at fourteen means it isn’t such a surprise at sixteen, eighteen or even twenty five.

The eight employability skills that employers, and bodies such as the CBI, want are:

Bring those skills to life by helping the young people in your life to develop a series of STAR stories that make their best qualities shine.

For more information on working with Young Enterprise, see https://www.young-enterprise.org.uk/. 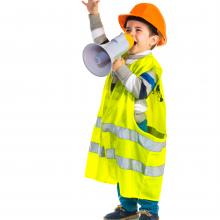